At the beginning of 2020, twelve ISB 5th Graders signed up to participate in a new Library initiative: a student book club. From late January to mid-March, the group met in the Library every Thursday afternoon. Students gathered over lunch to have conversations about a book selected by Head Librarian Maria Falgoust: Same Sun Here by Silas House and Neela Vaswani. The lively discussions and engaging activities that followed were co-facilitated by ISB parents and Library Committee members Shayna Wellington and Marianne Gimon and Associate Librarian Eli Hetko.

The book consists of a series of letters between a girl named Meena, who lives in New York City but has recently emigrated from a village in India, and her pen pal, a boy named River who lives in rural Kentucky. It was a big hit with the 5th Graders in the group, who enthusiastically followed Meena’s and River’s separate narratives as well as their growing friendship. 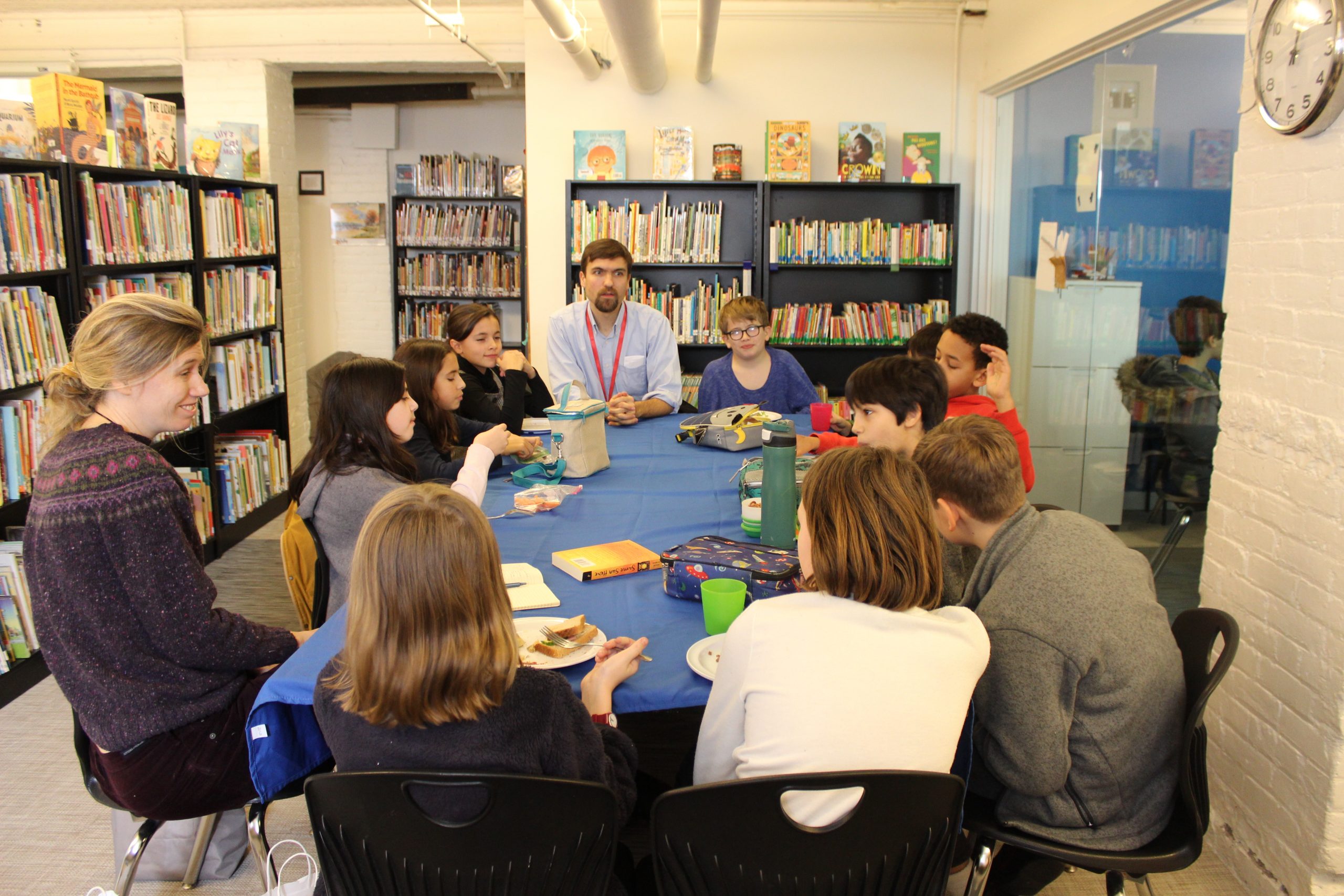 “I like how Meena stands up for herself.” -Chloe

“If I could ask the author a question,  I would ask him how he encountered mountaintop removal.” –James 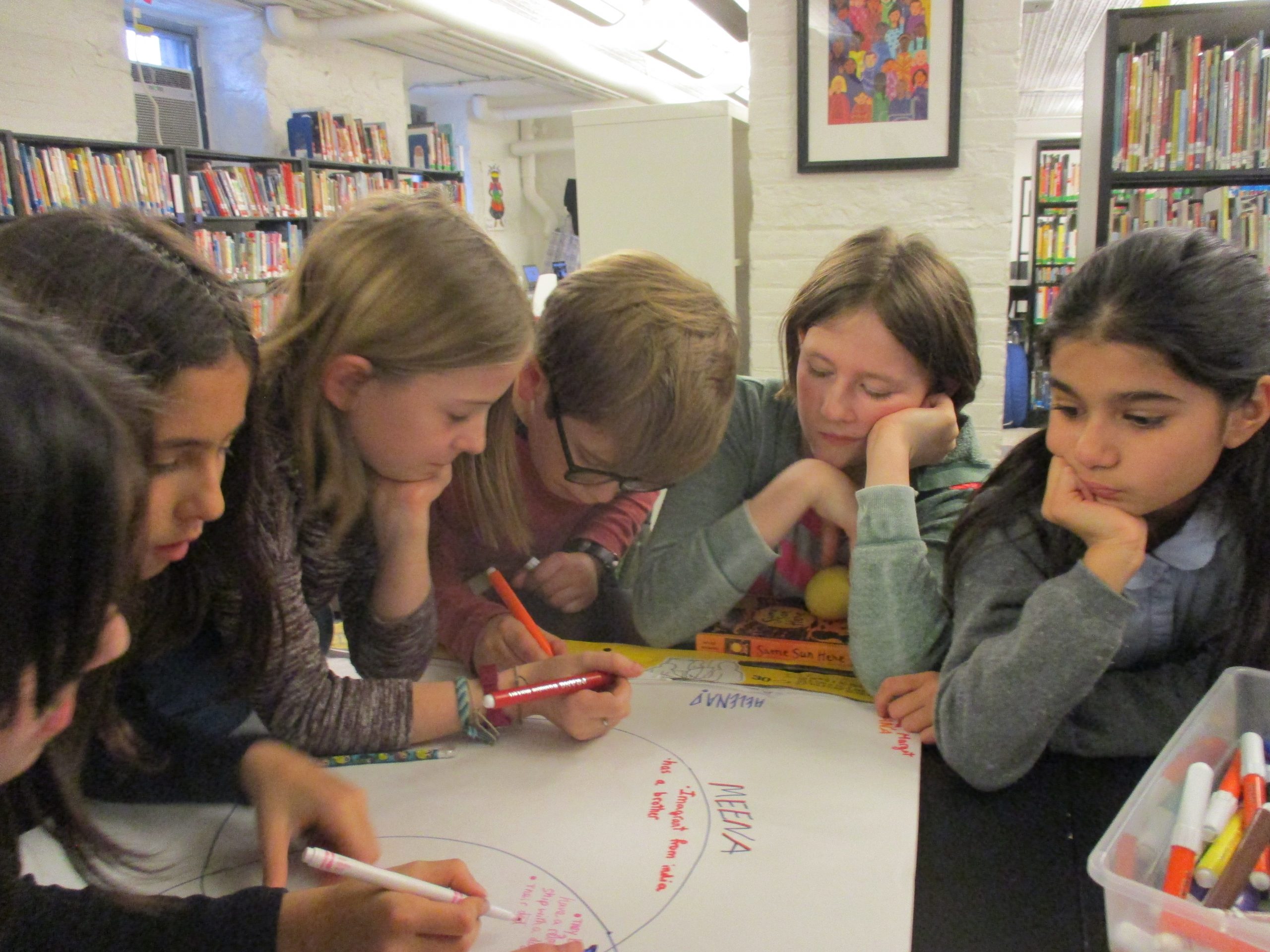 “The kids  (as well as myself) were eager to read the next chapters, a sign that Maria had picked a winning book.  I was impressed by the 5th Graders’ observations and assertive questions, but also by the engaging discussions which led us to have some good laughs.  Lastly, everyone tasted okra….a vegetable that made an appearance in the book as well as the last day of book club. There is such a love of reading at ISB which shows in the way kids speak so freely about books… what a gift.”
-Marianne Gimon, ISB Parent & Library Committee Member

Students responded with curiosity and empathy to the book’s central themes, including mountaintop removal and environmental degradation in River’s letters, and housing insecurity and the experience of low income immigrant families in Meena’s letters.

Every book club session included time for conversation with the whole group. Predictions and alternate possibilities for the storyline were especially popular topics. Other activities included small group discussions, sketching (a favorite activity of Meena’s), analyzing photos and maps pertaining to mountaintop removal, and creating Venn diagrams about the differences and similarities between the two main characters. For the final meeting, Marianne brought a tasty snack of Southern-fried okra and homemade mango lassi as a window into the cultures of Kentucky and India.

As the book came to a close, our group agreed, we all wanted to hear more about these characters and their adventures!