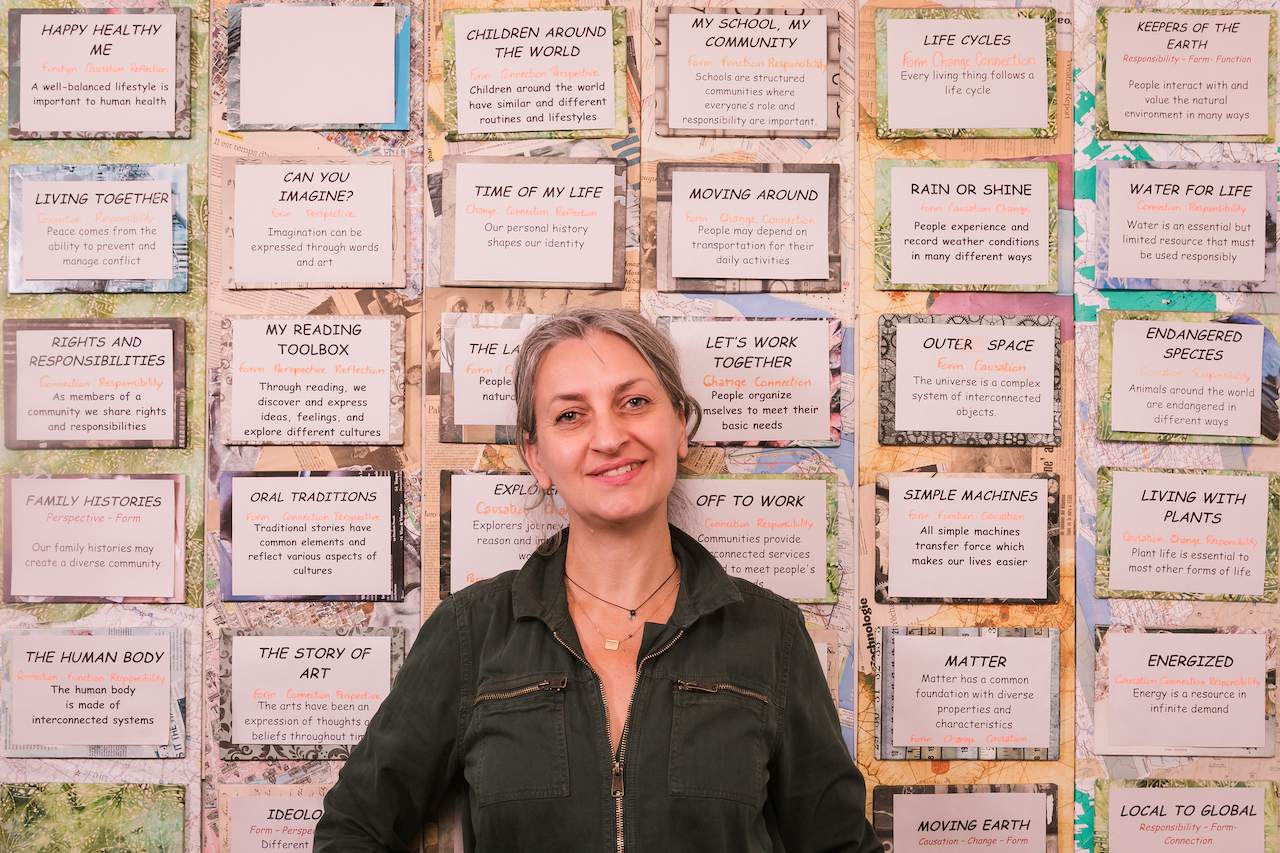 “Teaching is about awakening children to their own potential and love of learning. More today than ever, we teachers are guides who create opportunities and build strong foundations for our students to stand on as they learn to know themselves and to investigate their world.”

Muriel Stallworth earned her Master’s degree in Education in France and discovered the methodologies of the IB while working at the Washington International School. In 2004, while working as a stained glass painter and conservator in Brooklyn during a mid-career teaching break, Muriel became involved in the early stages of ISB’s creation, first as a founding Board Member, then as ISB’s first Educational Director starting in 2007. In this role, she developed ISB’s PYP program and initial educational framework. In 2010, when the school moved to its Court Street location, she couldn’t resist the call of the classroom and transitioned to the role of PYP Coordinator and French 5th Grade Head Teacher.  More recently, while coordinating the PYP program, Muriel has returned to her love of the arts as the French Visual Arts Teacher for Pre-K through 3rd Grade. Muriel is one of two Vice Presidents of the PYP on the Guild of IB Schools of the NortheastBoard. In this role, she facilitates a monthly roundtable discussion among a group of 40 member schools in the region and helps organize the yearly GIBS conference. For Muriel, the most rewarding part of being an IB teacher is seeing students discover their passions and feel empowered to bring about meaningful action. Muriel is passionate about sustainability, and brings this passion to the school as the Middle School “Action for the Climate and the Environment” club advisor, the staff Sustainability Task Force leader, and she offers a Middle School elective on recycling paper.  Nothing makes her happier than following the lead of ISB students, who have taken action for the environment, and seeing their impact ripple through the school. When Muriel is not teaching, Muriel enjoys printmaking, and she continues to create stained glass windows whenever she has the opportunity.

“As a teacher, I am not simply teaching subject-specific content; in fact, I think that part of the job is largely secondary. My primary job is to empower students to be independent and lifelong learners. My content is just a vehicle to help get kids thinking, questioning, revising, and enjoying the process of learning together.” 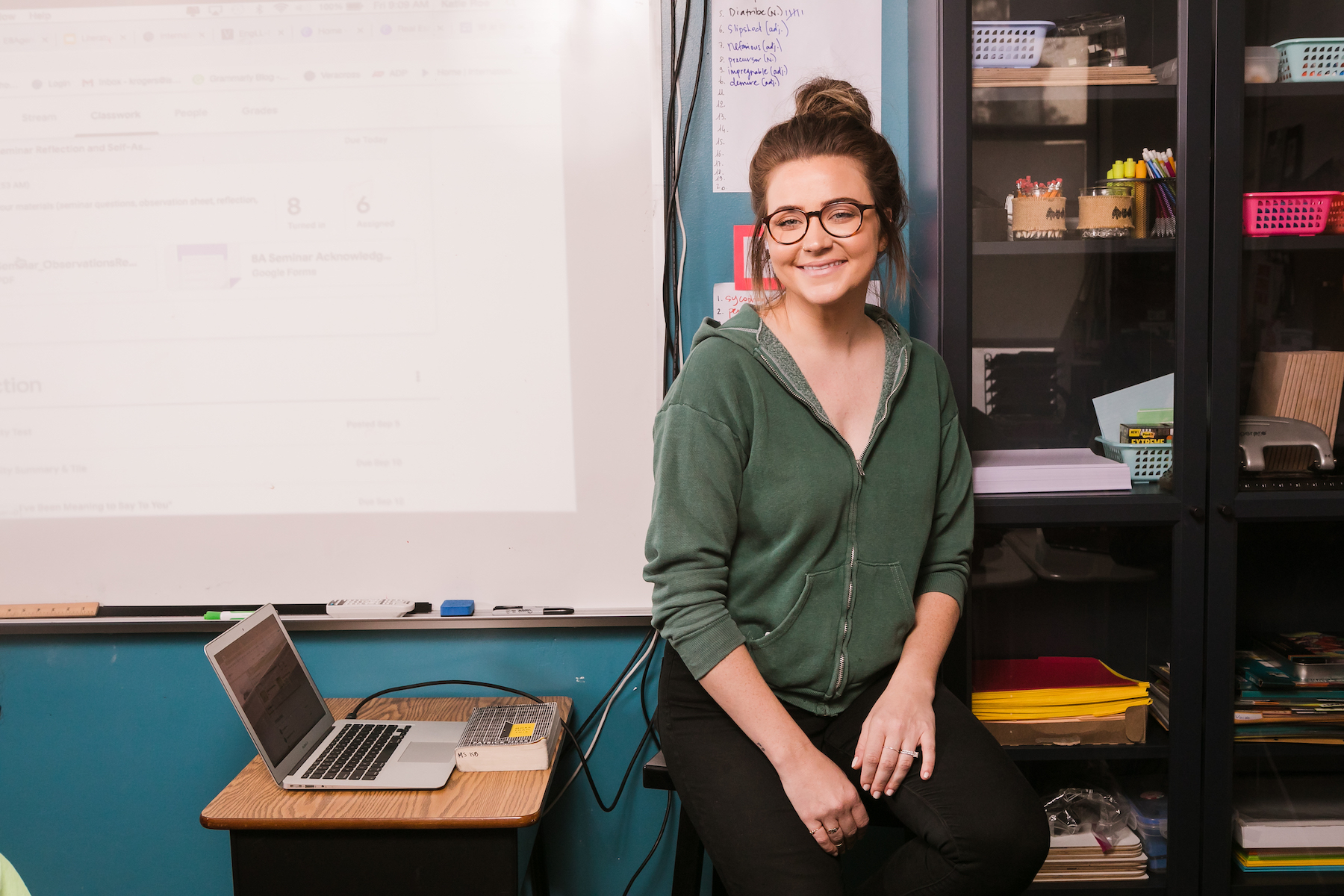 Katie earned her B.A. in English and M.Ed. in Teaching and Learning from the University of California at Irvine. Her grandmother and mother were both teachers, and while she initially avoided this career choice, wanting to do something different from the women in her family, somewhere along the way, English called her back. After graduating, she decided to get her teaching credential “just in case,” but one week into her student-teaching, she knew she was hooked. Katie joined ISB’s Middle School Language & Literature department in 2014. In her class, she aims to frame her curriculum in ways that feel authentic to her students and seeks to challenge students to consider various ideas and remain open to infinite possibilities; there is never one “right” answer. The best part of teaching for Katie is spending her day around bright, creative, and compassionate. Her students see the world for what it is, and they inspire her to be a better version of herself. Katie became ISB’s MYP Coordinator in 2017 and is proud to be part of this amazing global network of educators who come together with the goal of a more peaceful world through education. In 2019, Katie joined the Guild of IB Schools (GIBS) of the Northeast, an Association of International Baccalaureate World Schools as one of the Vice Presidents of the MYP Programme, connecting 51 middle school programs in the region. In Katie’s spare time, she is an enthusiastic plant-mom, an adventurous cook, and an avid movie watcher.