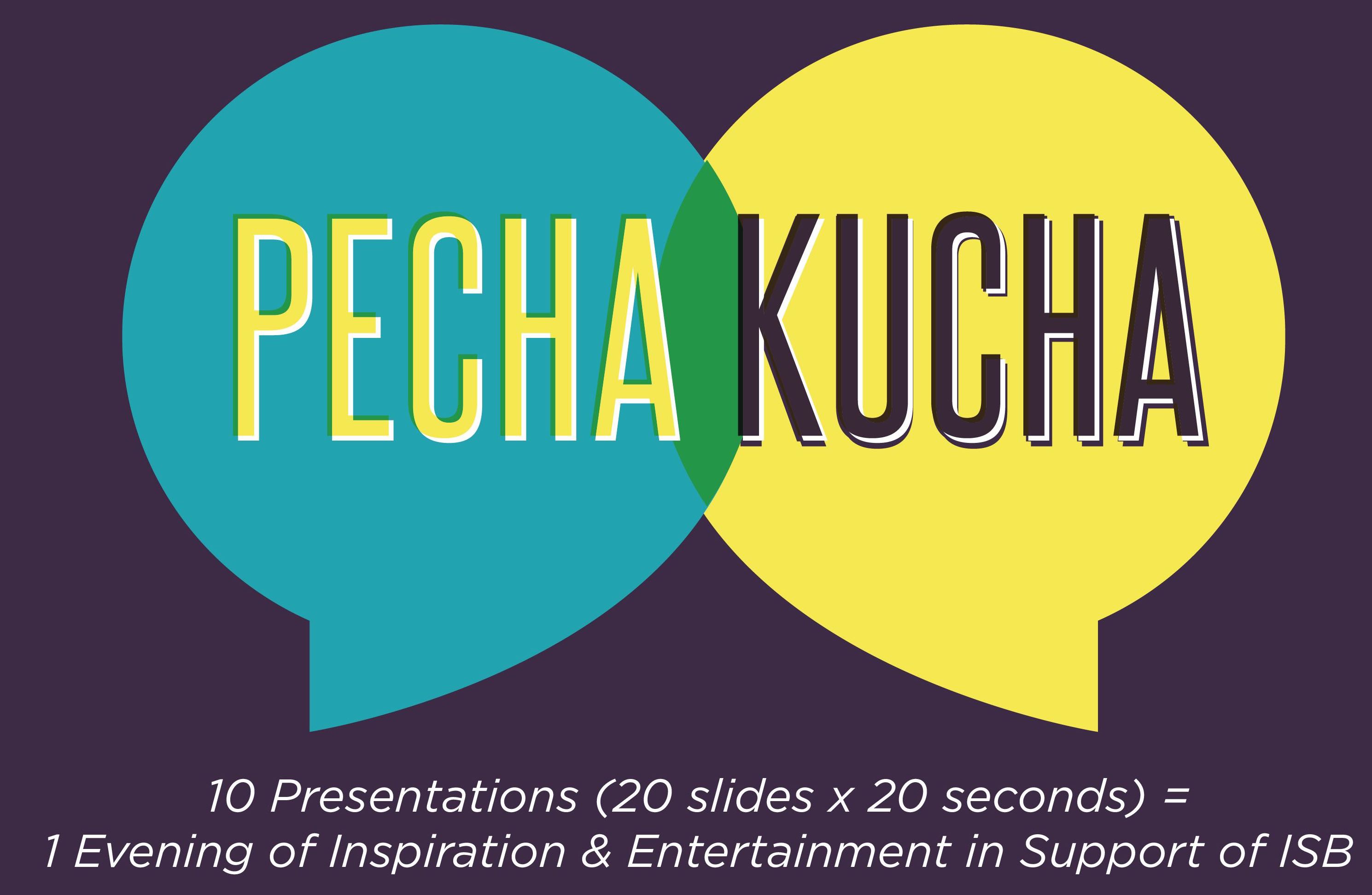 ISB's 2020 Pecha Kucha event was a wonderful night filled with inspiration and entertainment, all in support of ISB! This annual event features a series of fast-paced presentations that highlight the amazing talent of the ISB community.

Be on the lookout for ISB's next Pecha Kucha Evening - it's an event that you won't want to miss!

Amanda Burbank, Supervising Location Manager of The Marvelous Mrs. Maisel
"Transforming the Streets of New York into the Marvelous World of Maisel"

Amanda Burbank is an award-winning Location Manager based in New York. She is currently the supervising location manager on the Emmy award winning series The Marvelous Mrs Maisel. She has been nominated three times for a Location Managers Guild Award, two times for a Directors Guild Award and she received a special acknowledgement from the Academy of Television Arts & Sciences for her support in the Emmy awarded to Bill Groom, production designer, for The Marvelous Mrs. Maisel. Amanda received her MFA at the American Film Institute as a producing fellow in Los Angeles in 2004. She came back to New York immediately and has been a freelance location manager since.  As a location manager, Amanda has worked on many films and television shows,  Boardwalk Empire, The Get Down, and The Marvelous Mrs. Maisel to name a few. She has worked for all the major studios and networks, Netflix, Amazon, HBO and has a specific expertise in period shows. Her presentation will show how she manages a team of talented location scouts and assistants to transform the streets of NY into the marvelous world of Maisel.

Awa Dabo, Chief of the Country Oversight and Support Team of the Regional Bureau for Africa, United Nations Development Programme
"Africa, the New Frontier - The Changing Face of Development in Africa"

Awa Dabo is the Chief, Country Oversight Team at United Nations Development Programme's Africa Bureau in New York. Awa is a Gambian national and has worked extensively within the UN system in New York as well as in Switzerland and in Africa. During this time, Awa has worked as a development specialist on a range of issues including human rights, governance, transitional justice, and gender. Awa has worked on a range of humanitarian development and peace building issues in Africa as well as in Asia, Europe and Latin America. Awa holds LLM in International Human Rights Law from the University of Nottingham (1996) and a BA in Law, Sociology and Social Anthropology from the University of Keele (1994).

Brenna DiCola is a certified elementary and middle school teacher. Since graduating from Swarthmore College in 2011, she has worked with students in grades K-8 at private schools around Philadelphia, in Lawrence, KS, and in Madrid. She has taught everything from English and social studies to science and technology, but her passion is math education. This past summer, Brenna moved to New York and found a home at ISB, where she currently teaches 6th and 7th Grade Pre-Algebra and serves as Head of the Middle School Math Department.  In 2015, Brenna took a five-month hiatus from the classroom to hike the Appalachian Trail, a 2,189.2-mile trek through fourteen states. Her presentation, “Restoring Faith in Humanity and Yourself in 5 Million Easy Steps” will focus on her journey and the many lessons she learned along the way.

Paul Jon Edelstein is the son of a Brooklyn attorney who is the son of a Brooklyn attorney.  The law runs deep in his family, with his father, brother, uncle, aunt and cousin all currently practicing attorneys as well. They learned how to litigate at an early age.  Edelstein’s grandfather and namesake was a prominent Brooklyn “Court Street Lawyer” and his father, Saul Edelstein, was known as “The Dean of Divorce,” while practicing matrimonial law for four decades in all five boroughs. Paul has gone in a bit of a different direction. Since graduating from Brooklyn Law School in 1994, Paul has been involved in landmark personal injury cases, most notably that of Magomed Abdusalamov, a professional heavyweight boxer from Russia who suffered a devastating brain injury as a result of inadequate medical treatment he received after a match at Madison Square Garden. Paul has been named to “Super Lawyers” every year since 2011.  He has been nominated to the “Premier Lawyers of America,” listed as a “Best Lawyers in America,” “Lawyers of Distinction,” “America’s Top 100 High Stakes Litigators,” “America’s Top 100 Personal Injury Attorneys,” and the “Top Attorneys of North America.” He is listed in The New York Law Journals’ Hall of Fame for New York Verdicts from 2000-2018. In addition to his law practice, Paul was the inspiration for an NBC TV show called Trial Junkies.

Stanley Fertig, Board Director of the Amateur Astronomer's Association of New York

Stanley Fertig recently retired from a career as an entertainment and finance professional, in which he launched numerous successful television and related media ventures for multiple divisions of Time Warner, including, among others, VIVA in Germany, Channel [V] in Asia, Z+ in Hungary and HBO Nordic, the latter being the precursor to the HBO Now in the US. Prior to his entertainment career, Stanley was a partner in Cheverny Associates, an international M&A firm, a portfolio manager at Prudential, and before that, Assistant Professor of French Civilization at the University of Texas-Austin. Astronomy has been his passion since he learned to read, and he can be seen at various outreach events around the city, sharing his telescope and his love of astronomy with the public. Stanley holds a B.A. from Columbia College, an M.A. from New York University, an MBA from the Yale School of Management, and a PhD from Harvard University. Stanley is known to the ISB community as the husband of Isabelle Jouanneau- Fertig, former Board of Trustees President.

Antonio Hernandez is a musician from Havana, Cuba.  Over the past 20 years as a percussionist and vocalist, Antonio has been a part of various son, salsa, rumba, and hip hop groups.  More recently, Antonio shifted from musician to music producer, promoter, and filmmaker, and in 2017 he formed the production group Radio Ragga Morffa. Through RRM Antonio is working to bring the latest genre of Cuban popular music, Ragga Morffa, out of the underground by providing an international platform.

Camille Leroy-Vinclet is the founding partner of CL Design - an independent graphic design studio based in New York and Paris. As the daughter of an architect and an artistic director, Camille has always been immersed in the creative world.  In 2005 she founded CL Design just after graduating from Penninghen. In 2014 she set up an office in London, and then in New York in 2018. Camille has worked as a designer for the Aga Khan Museum in Toronto, the Musée du Louvre in Paris and Abu Dhabi, the Design Museum in London, Centre Pompidou in Paris, and the Fifth Avenue BID in New York City.  Outside of her work, she is passionate about sustainability, the circular economy, and green initiatives. Camille, with an amazing group of parents, started “the Green Dragons,” a parent committee a group who raises awareness about climate change reducing the school’s waste.

Kyle Pope, Editor and Publisher of the Columbia Journalism Review
“The Press and Climate Change: Can the Media Ever Get It Right?"

Kyle Pope is the editor and publisher of the Columbia Journalism Review, the world’s leading source of media news and analysis. Before joining the Review in 2016, Kyle worked as a foreign correspondent and editor at The Wall Street Journal, an editor at Condé Nast, and the editor in chief of The New York Observer. Kyle’s work has appeared in The New York Times, The Los Angeles Times, The New Republic, and elsewhere. In 2017, Kyle testified before Congress about threats to the press. His presentation will focus on "Press and Climate Change: Can the media ever get it right?”.

Sarah Riggs is the founding co-director with Omar Berrada of Tamaas/Earth Arts Justice, which creates connections between different art forms out of Morocco, France, and the United States. A distant relative of the Scottish poet Robert Burns, Sarah found her way to becoming a poet as a young woman, also through translation and collaboration with other arts. In 1999 she got her doctorate in Poetry and Visual Media, and soon after published a book with Routledge on the topic.  She has also worked for the organization MassPIRG, which focuses on socio-environmental issues, and as a professor in Paris for Columbia and NYU, and in Brooklyn for Pratt. She is passionate about weaving issues together so that we are encouraged to work at micro and macro levels simultaneously.

Marc Scheff, Artist
"How To Be An Artist (a.k.a. Deliberate Practice for All It's Worth)"

Marc Scheff is an award-winning fine artist, educator, and gallery owner. He wasn't always. He has a degree in Computer Science, and played many roles, from startup Creative Director to big game company artist. He forged a career in illustration, was on a few boards, had some big clients. In 2016, he went back to square one to pursue a fine art path. Now in just under 4 years, he has shown his work in New York, Los Angeles, Washington DC, Denver, and more locations both in the US and internationally. In December, he showed a large body of his work at the Scope Art Show in Miami Beach. His talk will focus on how to find and follow the creative career path.

Nancy Woodruff, Writer and Educator
"How (Not?) to Write a Novel

Nancy Woodruff is the author of two novels, Someone Else's Child (Simon & Schuster) and My Wife's Affair (Amy Einhorn Books/Putnam), as well as a co-authored work of nonfiction, Shards (Simon & Schuster). She received her MFA in Writing from Columbia University, where she won the Henfield/Transatlantic Review Award, and she has taught Writing at Columbia University, Purchase College and Richmond, the American International University in London. Currently, Nancy teaches at New York University and is at work on a new novel. 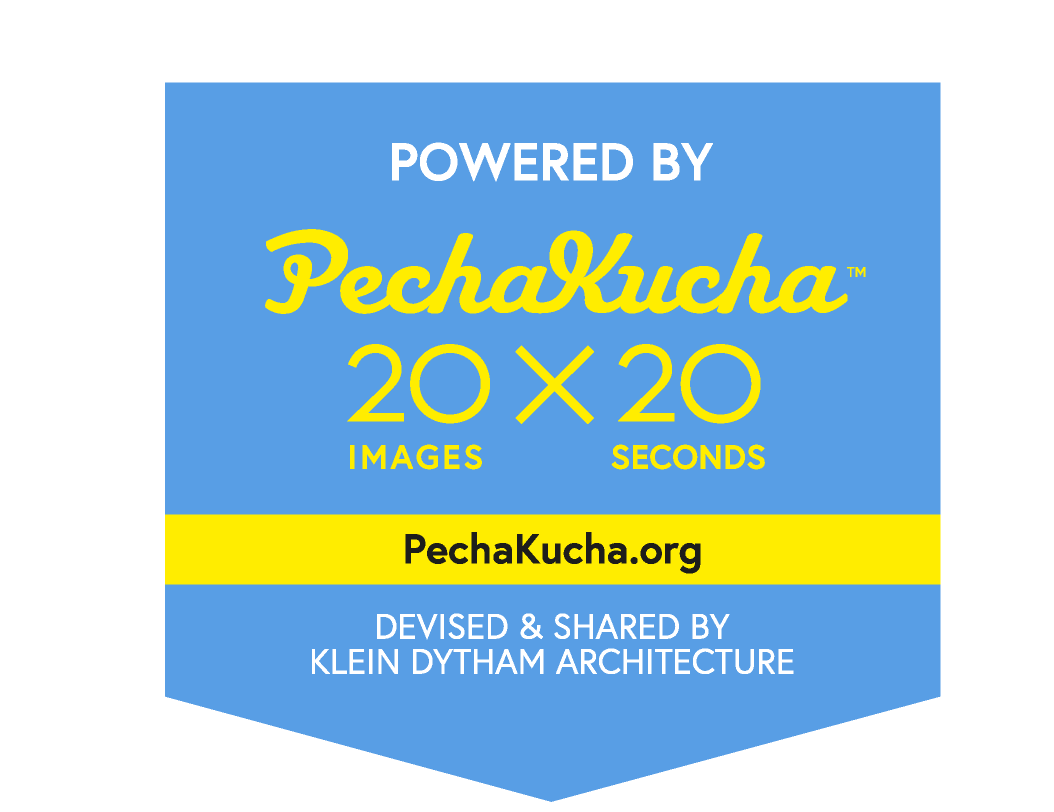